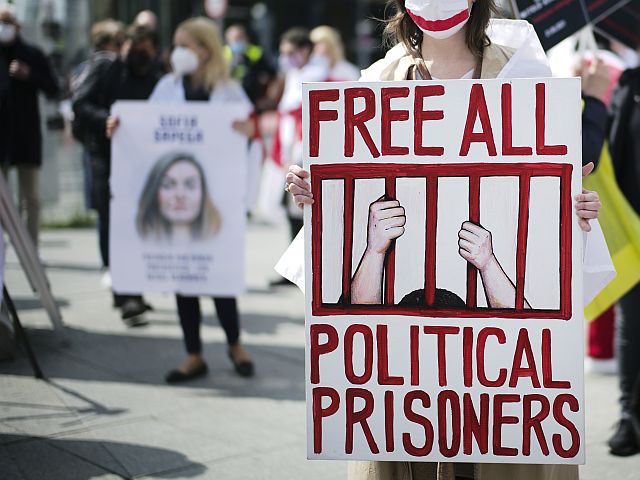 On Friday, May 6, it became known that in Belarus Russian woman Sofia Sapega (girlfriend of Belarusian opposition journalist Roman Protasevich) was sentenced by a court to six years in prison.

Journalist Lyudmila Gladkaya writes: “The Judicial Collegium of the Grodno Regional Court sentenced Sofia Sapega to six years in prison. The defendant will serve her sentence in a penal colony under general regime conditions. She was taken into custody in the courtroom.”

On May 23, 2021, Roman Protasevich and his girlfriend, Russian citizen Sofia Sapega, flew from Athens to Vilnius. The plane was forcibly landed in Minsk, where Roman and Sofya were detained and placed in a pre-trial detention center. A criminal case was initiated against Protasevich in Belarus under several articles, including “organization of mass riots.” Sofya Sapega was accused by the Belarusian authorities of “inciting social enmity and discord” and suspected of “organizing group actions that grossly violate public order.”

In June 2021, Sofia Sapieha was transferred to Minsk under house arrest.