Stuck in Antalya: An Israeli family detained for hours at the airport 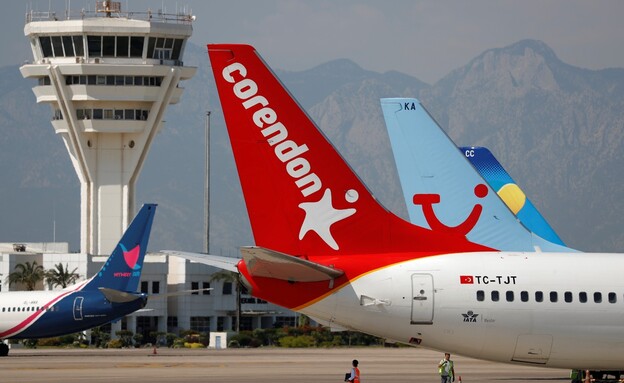 Israeli family members are detained for hours at an airport in Antalya due to problems with the validity of the children’s passports. Authorities in Turkey require a passport valid for at least two months in advance upon entering the country, while children’s passports are only valid until July. “We realized there was a problem, but why are we not allowed to board another flight?” Wondered Talia, who is detained with family members in Turkey. The Foreign Ministry confirmed the details today (Saturday) and stated that they are in contact with family members.The family members landed yesterday evening in the resort town from a Corendon Airlines flight, and when they arrived at the passport control they were told that they could not enter and that they would be deported from the country. The reason the officials gave them is the short validity of the passports that the children came with. “I understand that there is a law, only that there is no one to talk to here. No airline seems to agree to put us on the flight,” Talia explained.

“We bought tickets for the flight this morning at 07:00 and it took off without us. The requirement is that we board the flight with the company we landed with,” Talia continued, describing the events that led to their current situation. “We talked to the company, but the flight is full, which means the indifference will cause us to stay here until the original date of the flight. It’s a hallucinatory thing.”

The Turks have ordered the return of family members to Israel, but other airlines refuse to take them on a flight to Israel. Right now the only option for the family members is to board their original flight, on Monday. Meanwhile, they are “locked up” in the refused cabin at the airport without their luggage.

“If there is a problem and you do not enter with a passport whose expiration date is short, why not let me board another flight? What is this dowry?”, Talia wondered. “We are imprisoned for hours with demonstrable indifference, without our luggage and without answers.” The Foreign Ministry is aware of the case, is in contact with the family and is trying to see how they will allow the family members to return to Israel as soon as possible.

An Israeli tourist was arrested in Turkey last week, but was released a few hours later. The circumstances of that arrest are still unclear, and the Foreign Ministry said: “We know the case and are in contact with the family.” Last November, the rebels and Natalie Oknin were arrested in Turkey on suspicion of espionage, after photographing President Erdogan’s palace, and nine days later were released and landed in Israel on a private plane with Foreign Ministry staff.

Earlier this week, the National Security Headquarters issued a travel warning regarding travel to Turkey. The travel warning is not related to the authorities in the country, but rather to the identification of Iranian infrastructure that intends to harm Israelis in the immediate term. In an unusual move, more than 100 Israelis in Turkey were individually warned of the danger, after it was understood that they had been marked – and they were asked to return to Israel. The NSC warning emphasizes that the danger still exists.

In Israel, they understood that Israeli groups and Israeli vacationers were marked by Iran, so they were warned. There are now 40,000 Israelis in Turkey, 100 of whom have been warned in a special way. Turkey did not like the Israeli publicity warning about the trip, but understood that there was no choice – and they too are now working against this unusual warning. The Turks were not surprised by the publication, senior political sources said that the Israeli warning was in line with the Turks.