Israel | The worker suspected of throwing and stealing luggage at Ben Gurion Airport was found: “One rotten apple ruined our years of hard work” 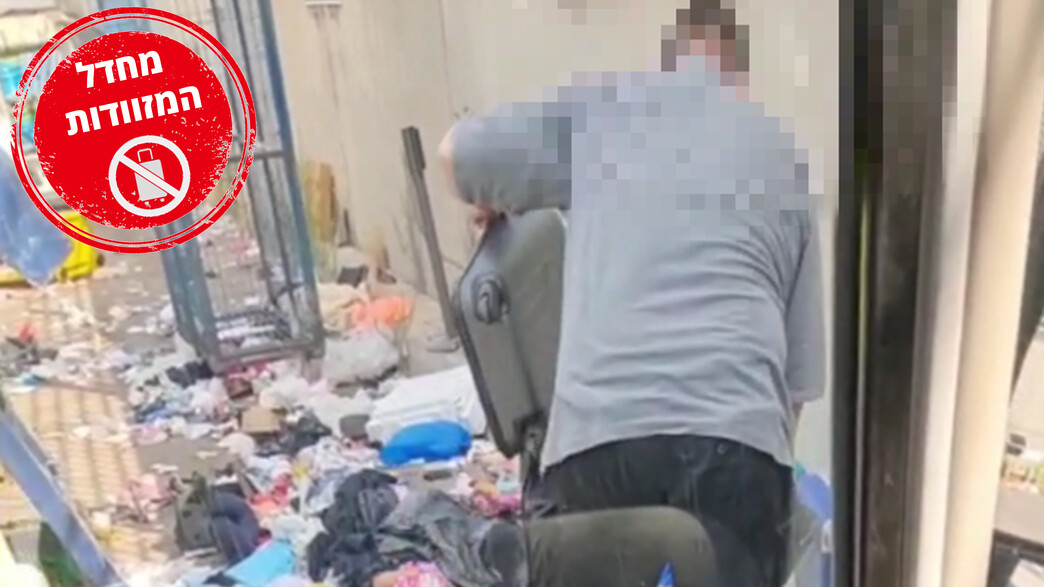 A day after it was revealed that suitcases at Ben Gurion Airport were thrown in the trash and their contents were stolen, it turns out that the person responsible for the incident is a contractor who works with loading, and cooperated with another person.” At this stage, the internal investigation continues and it has not yet been decided whether to involve the Israel Police

Today, new details are revealed about the exceptional case: According to the suspicion, a contractor employee employed in the handling of the luggage is responsible for destroying the luggage and taking the expensive contents that were in the contents. Apparently the same employee acted on his own initiative and without any direct supervision of his actions by his managers.

Yesterday many workers were asked about the destruction of the luggage, including managers, and within a few days final findings will be received. Currently, according to the suspicion, the contractor worker cooperated with another person and the two are the ones who took the luggage of the passengers who took off abroad and who were not loaded at all into the belly of the plane.

It will be recalled yesterday that the luggage of passengers with all their contents, which did not reach their destination, is thrown in the trash and looted at Ben-Gurion Airport. We received photos and videos showing suitcases whose owners took off from the country last week and are still waiting to receive them back. In the documentation, you can see how the most personal details of the passengers are thrown on the floor near the trash compound at Ben Gurion Airport – from clothes, through car keys, to books and prayer arrangements.

Following the incident, the Airports Authority immediately announced: “On the face of it, this is a serious incident. The CEO instructed the establishment of an investigation committee, and it will begin work immediately.” Transport Minister Merav Michaeli also intervened and said: “That can not happen. I made it clear to the management of the Airports Authority that they must conduct a thorough and thorough investigation and act to prevent similar incidents.” The minister added: “I am sure that the investigation will be carried out on the best side so that we will continue to meet a high and good standard of service for the flights and pilots.”

According to a source at Ben Gurion Airport, such an incident must not occur, regardless of whether it is a permanent employee or a contractor: “It is forbidden to loot and take passengers’ property. point. Not even a pencil or pen, nothing. There are procedures and they are very clear. How such a thing happened to us under the nose and unsupervised is being investigated by the investigation team, “said the same source. This is a hard blow for us. “People here work hard, give their souls under unconditional conditions, and then this affair came and exploded inside all of us.”

“I did not have the courage to spread”: the workers were already familiar with the phenomenon
Following the publication of the default, additional evidence came from employees about the serious problem, which was familiar to them. “Now I understand what happened to the luggage,” said an employee of a field transportation company. “I’m in the market. Do you know how much shit we eat because of it? I come home every day crying because of people screaming at me and rightly so, because we do not know where their luggage is. I’m just in the market. “From there it is full of luggage, and we do not know where they are. Passengers come to look for them and have no idea where the luggage is. To hide the luggage from people, they simply hid it from the conveyor belts and blame us, but we have no manpower.”

The same worker even added: “They just throw the luggage to Geffen Gate and then the passengers have no access to them and we also have no access, and the workers risk that everyone screams at them and curses them. People at the end have to give the verdict of what was done. “We fought with them not to take them and leave the suitcases in the hall. The suitcases are nowhere, we are looking for suitcases and they are just nowhere to be found. We put some in the vine gate but not half of the things. I did not have the courage to distribute it.

One thought on “Israel | The worker suspected of throwing and stealing luggage at Ben Gurion Airport was found: “One rotten apple ruined our years of hard work””