Vacation in a crumbling country: Syria wants to bring back tourism 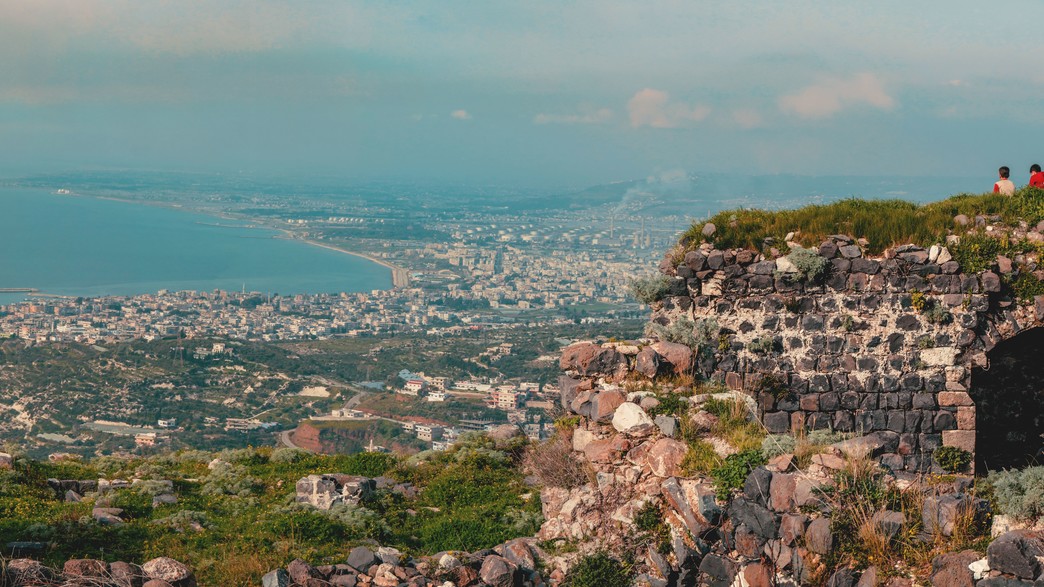 Stroll through the markets of Damascus, visit the ancient city of Palmyra, which stands in the heart of the desert, and climb to the top of the Krak des Chevaliers, a remnant of the Crusades – these are part of the promises of European and other tourism companies trying to convince tourists in their countries Fly and discover Syria, a country rich in ten thousand years of history.

There is no doubt that Syria is a fascinating destination for lovers of history and adventure, but behind the charming images of ancient UNESCO sites, a different reality is emerging. Swimming now in exile.

However, according to some travel agencies around the world, all this does not matter: “Biblical cities, ancient cultures and appetizing delicacies”, this publication boasts of the Soviet Tours company based in Berlin, a company known mainly for organized trips in the former Soviet bloc countries, and now offers trips to Syria In 2022.

Although it sounds a little strange, this tour company is not alone. “After years of civil war, Syria is slowly returning to a level of normalcy that has not been seen for years,” reads the website of the travel company Rocky Road Travel, also from Berlin, whose main occupation is organizing trips to countries not on the tourism map: North Korea, Somalia, Afghanistan and more. Of the number of trips the company is organizing in Syria next year, one is already fully booked, and more are being added “due to high demand.” According to the company’s founder, Shane Horn: “People are definitely curious and it’s clear they’re willing to see the country for themselves, regardless of the headlines and rhetoric.”

In the list of companies taking tours to the new “hot destination”, one can also find Lupine Travel from the UK which added tours to Syria in 2022, joined by another British company, Untamed Borders, which also advertises adventures in Syria. Clio, a Paris-based tourism company specializing in cultural tours, is arguably one of the first European companies to start promoting tours in Syria in 2019, and is also once again offering tours for 2022.

Tourist visas to Syria have been available for group travel since 2018, and a number of Chinese and Russian tourism operators have previously posted trips to the country. Chinese tourism company Young Pioneer Tours, best known for visiting North Korea, is also inviting tourists for trips to Syria early next year. The group tours advertised by the companies cost up to about 2,000 euros per person, for a period of nine days, when the price does not include the flights.
“We see travel as a kind of cultural exchange”

For this reason, the companies try to present their trips as “cultural exchanges”, which are supposed to help the Syrian people recover, with a firm emphasis on the apolitical nature of the trips. “In general, we see travel as a kind of cultural exchange,” said Horn, who began his business organizing tourist groups to North Korea. “Like some of our other infamous destinations, like North Korea, we believe that any kind of involvement, even short tourist visits, greatly influences the strengthening of cultural understanding.”

Soviet tours offer similar logic on their website: “We strongly believe that human-level human relations are far more important than loud talk about politics and morality.”

Part of the reason for the current enthusiasm, is the fact that after a break of about 18 months following the corona plague, the Syrian government started issuing tourist visas again in early October. Tourism is a very important source of income in Syria, when before the start of the civil war in 2011, it accounted for about 10 percent of the country’s gross domestic product. According to World Bank statistics for 2010, the country had more than 10 million visitors, and international tourism brought in a lot of money to Syria worth about $ 6.3 billion.

Since the start of the country’s civil war, tourism in Syria has stopped almost immediately. The German federal prosecutors have issued arrest warrants for high-ranking Syrian government officials who have committed war crimes. This is in conjunction with international human rights organizations that regularly condemn the Syrian government for bombing hospitals and schools, as well as torturing hundreds of prisoners, sieges leading to the starvation of entire cities and the diversion of humanitarian aid.

In addition to the severe humanitarian crisis that has befallen Syria in the last decade, the corona plague has not missed it and has brought with it additional challenges, with sharp increases in the number of infected in recent months. According to local media organizations, the number of corona cases in the same period last year was not so high, given that the current number of infections and deaths is likely to be higher than those declared by the Syrian Ministry of Health.

The World Health Organization indicates that only 58 public hospitals are fully operational, out of a total of 111 government hospitals in Syria. About 70 percent of health workers have left the country as immigrants or refugees. Those who remain are often harassed by political or military parties, which often interfere with their work.

But the tourists who come to Syria will see none of this. “People who are considering spending their holidays in Syria should be aware that they will only get a one-sided view of the situation in Syria,” explained Nahala Osman, a lawyer who chairs the board of the German Aid Association, an umbrella group representing over 20 different aid organizations in Europe. In Syria.

Against this background, the Syrian Minister of Tourism, Rami Radwan Martini, criticized Europe for turning its back on its country while terrorists destroyed it. He argued that the sanctions imposed on the Syrian economy do not serve anything, and only make life more difficult for the citizens.

In an interview with the minister, he said that the sanctions, such as those imposed by the US under the “Emperor’s Law”, affect Syria in general and the tourism sector in particular.

However he acknowledged that their numbers were not enough to defeat Syria. , When it was answered in the affirmative to allow him to move freely in the country, and to attend the General Assembly of the World Tourism Organization (UNWTO).

The Syrian Minister of Tourism defended the role of the tourism industry in reviving and restarting the Syrian economy, after it was fatally damaged during the ten years of conflict. He also added that tourism can help create jobs, strengthen Syria’s image and restore its status as a major destination.

Martini emphasized the “encouraging signs” concerning the return of tourists, a trend that had already been observed in 2019, but slowed down following the corona plague. This is while noting that Syria is interested in returning mainly European tourism. In recent years, since 2017, visitors to Syria have come mainly from neighboring countries, such as Iraq, Jordan or Lebanon. In this context, the Minister stressed that since September 7, Syria has received inquiries from European tourism operators, which he defined as a “good sign” for the future.