Vacation on the Channel Island of Alderney: visiting the blond hedgehogs 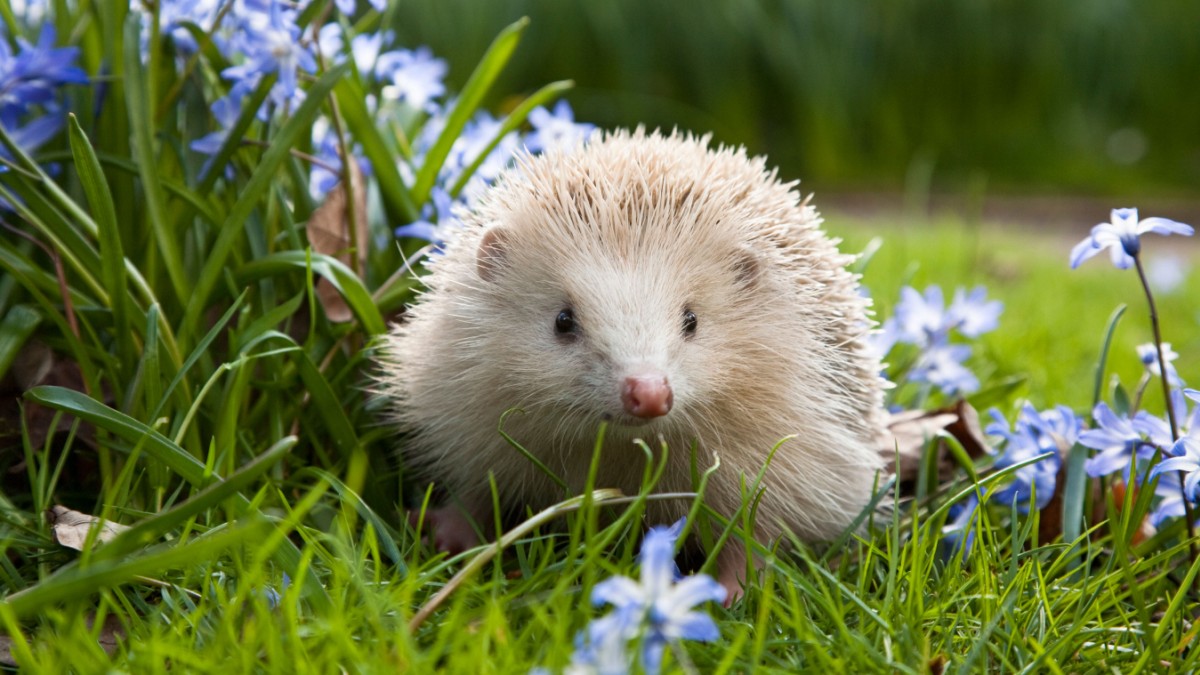 The thing is, blondes get more attention. This is particularly true on the Channel Island of Alderney. Because this is where the Blonde Hedgehog is at home, a hedgehog with blond bristles, pink nose and paws and dark beady eyes. The light-bristled animals are not albinos. They owe their peculiarity to a mutation called leucism: their skin contains no pigment-forming cells.

The hedgehogs – probably imported in the early 1960s – have found a beautiful home here, with wildly rugged, steep cliffs, white beaches and red sandstone that glows coppery in the afternoon sun. Like the other Channel Islands, Alderney is not part of the UK but reports directly to the British Crown. Geographically, France is closer anyway: To find the pink, light blue or buttercream-colored cottages of the main town of Saint Anne, follow the bilingual place-name signs for “Town” and “La Ville”.

To keep the island as beautiful as it is, Roland Gauvain co-founded a conservation foundation in 2002. His Alderney Wildlife Trust now has around 700 members. “Quite a lot, considering that Alderney only has 2,000 islanders,” says the mid-forties happily. However, the shy nocturnal animals only made up a small part of his work. There are 1000 varieties of wildflowers and 300 species of birds on Alderney. On the uninhabited island of Burhou, two miles northwest of Alderney, puffins and gannets raise their young. There are also 800 different species of moth on Alderney.

Such a blond hedgehog can nevertheless be better marketed to tourists. Film producer Julie-Anne Uggla also recognized this. Their cottage hotel in Alderney’s main town of Saint Anne, opened in the pre-pandemic autumn, is consequently called “The Blonde Hedgehog”. Nine rooms divided into three neighboring cottages. Built in 1750, the main house was a pub for centuries, but today the courtyard opens onto newly landscaped terraced gardens and espalier trees. The rooms are kept in natural tones, have wooden floors and partly free-standing bathtubs with little chrome claw feet.

Julie-Anne Uggla, who was born in Zimbabwe and grew up in Canada, lives mainly in London. Three to four months a year but also on the island. Her family worked on the design of the hotel: one daughter designed the staff clothing from recycled plastic, another takes care of the marketing. Homegrown ingredients are used for cooking. The hotel now even has a farm and farmland: La Frette Farm is a few minutes’ walk from the hotel, below the small airport in the island’s agricultural heartland. Because the ferry only brings fresh vegetables, fruit and salads from the English mainland on Tuesdays – you can’t compete with a sophisticated restaurant menu with that. Today, thanks to our own cultivation, beetroot, turnips, carrots, kohlrabi and chard find their way into the hotel kitchen even in the cold months. Spinach grows behind a fence designed to keep rabbits out, and netting protects the kale from pheasants.

You can meet the blond hedgehog at the cricket ground The Butes in Saint Anne, explains Roland Gauvain, who offers “hedgehog and bat tours” through his nature conservation foundation for tourists and islanders alike. The Great Lawn at Alderney Cricket Club overlooks the sea, the island lighthouse and Fort Albert, the largest of 18 Victorian fortifications.

Gauvain works a lot with volunteers, you get the feeling on the island that without the volunteer work the whole island would stand still. The Victorian Fort Tourgis, like the entire island occupied by German soldiers in July 1940, has been cleared of garbage since 2014 by volunteers who carried out beer bottles, plastic bags and mattresses. The Alderney Museum, island radio, cinema and library – nothing would work without volunteers. Even the twelve bells of the parish church of Saint Anne are operated by two dozen volunteers.

The volunteers also work for Gauvain’s Foundation in a scientifically motivated manner. About 1000 light-bristled spiny animals were documented on the island six kilometers long and – at its widest point – two kilometers wide at the last count twelve years ago. At that time, that was 60 percent of the entire population. Because there are no predators apart from stray cats and the gene pool on the island is limited, the cute insectivores can survive – although their appearance is not actually an advantage in terms of evolutionary biology, as the ecologist explains. The Blonde Hedgehog does not succeed in camouflage in a pile of leaves as well as the usual brown-breasted hedgehogs. But hiding is not really necessary. The islanders love their blond roommates. And the visitors too.

Entry: All corona restrictions for travelers have been lifted, registration or testing is not required. Current entry requirements for Guernsey and Alderney can be found here.

Getting there: British Airways flies several times a day from nine German cities to London, return flights from 70 euros. Trains run daily from London Waterloo to Southampton Airport, one-way from 15 euros. Flights to Alderney with Aurigny Airlines twice daily from 24 euros (one way).

Overnight stay: The double room with breakfast in the Blonde Hedgehog from 215 euros