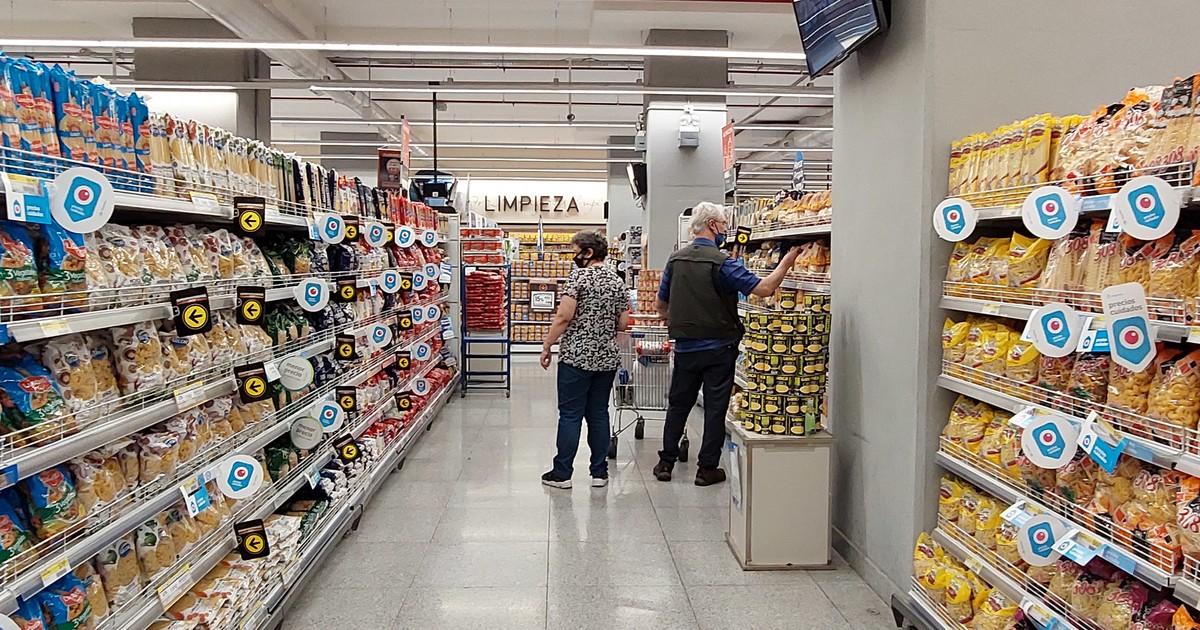 In a string that is already hinting as a trend, October was the fourth month of mass consumption on the rise. And, unlike what had happened in previous months, the positive numbers included both to the big chains of supermarkets as to the self-services independent and local shops.

Large stores increased their sales by 5.4%, while smaller stores did so by 4%. Thus, among all the channels, the total increase was 4.7%, according to data from the consulting firm Scentia.

However, with respect to the annual accumulated, due to the carry-over of the first semester, consumption falls 3.7% in the year.

Sales recovery started in july with an average rise of 1.7% in the entire market. The following month, the balance was 0% and in September, the final number tested positive by 2%. The jump in October to 4.7% coincides with the greater openness of the economy and with a calmer population due to the advance of vaccination that she was more likely to go shopping.

For this reason, the performance of the last month generates good expectations among merchants for the New Year’s Eve, when seasonally, sales skyrocket compared to the previous months.

The October performance also coincided with the implementation of the price freeze on 1,400 products. However, according to Scentia measurements, the weighted average price across all marketing channels continued to rise: went from 49.6% in September to 51% in October.

According to official forecasts, the full effect of the freeze would be more evident in November inflation, despite the resolution ordering prices to be rolled back to October 1.

The mass consumption curve, according to the consulting firm Scentia.

Regarding the volumes sold in the gondolas, the average growth of 4.7% last month, at the country level reflects a heterogeneous situation because the businesses of the metropolitan area (AMBA) had a decrease of 1.2% that was offset by an increase of 9.2% in the interior of the country.

In the case of large chains, the behavior between AMBA and Interior was relatively even, they are increases of 4.2% and 6.5% respectively.

Regarding the recovery of sales in the proximity or self-service businesses, Scentia analyst Osvaldo del Rio explains that “although they are compared with low bases, we understand that the effect of putting money in people’s pockets is what has possibly generated this result ”, he pointed.

In previous periods, the lower number of consumers attending local businesses was explained by the price gapTaking into account that in these shops the arrival of products with Careful Prices is more limited and they do not attract buyers with promotions made through credit cards.

According to the detail of sales in the different categories, in October, all the baskets were positive in both channels with the exception of Food, which was negative in self-services (-4.7%).

In contrast, the higher growth in the Beverages category, both with alcohol and without alcohol in both channels would be indicating a consumer stocking in front of the imminent New Year’s Eve parties.