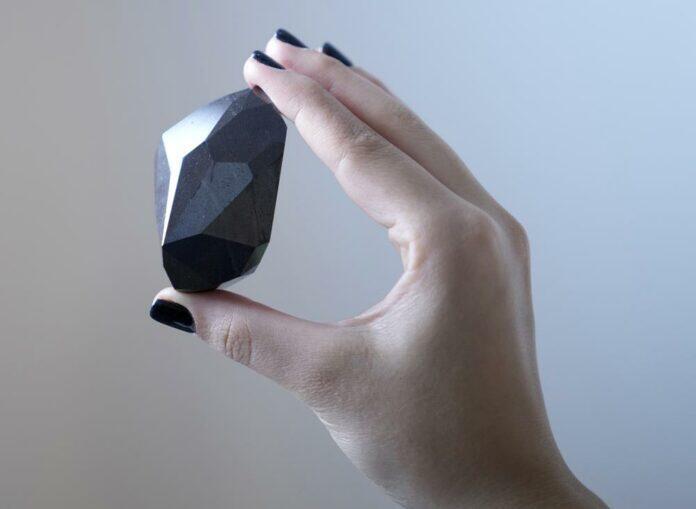 Sotheby’s estimates that the diamond will sell for at least $ 6.8 million, and is willing to accept payment in cryptocurrencies as well

The Sotheby’s auction house displayed in Dubai a rare 555-carat black diamond, which is estimated to have come from outer space. The diamond was unveiled to reporters yesterday (Monday) and Dubai will continue its journey to Los Angeles before being offered for sale in London next month.

Sotheby’s estimates that the diamond will sell for at least $ 6.8 million, and is willing to accept payment in cryptocurrencies as well. The sale will take place online on February 9-3.

The diamond, known as the “enigma” is even recorded in the Guinness Book of Records as one of the largest and most difficult to exist. “The enigma is a marvel in terms of its rarity and size, and its high polish is evidence of the delicate and demanding work of diamond-cutting skill,” noted Nikita Binani of Sotheby’s London.

According to her, the diamond has been privately owned for over two decades, and this is the first time it has been publicly unveiled and will go on sale. “The sale represents a once-in-a-lifetime opportunity to purchase one of the rare and ancient cosmos wonders known to the human race,” she concluded.

“The shape of the diamond is based on the hamsa symbol common in the Middle East, which represents strength and provides protection,” added Sophie Stevens, a jewelry specialist at Sotheby’s Dubai branch. “It’s central to the base of a nice work of art number 5 when it comes to this diamond,” she concluded. She added that the diamond may have come from outer space.

Black diamonds are extremely rare, and have only been discovered naturally in Brazil and Central Africa. Their cosmic formation theory is based on their carbon isotopes and high hydrogen concentration.