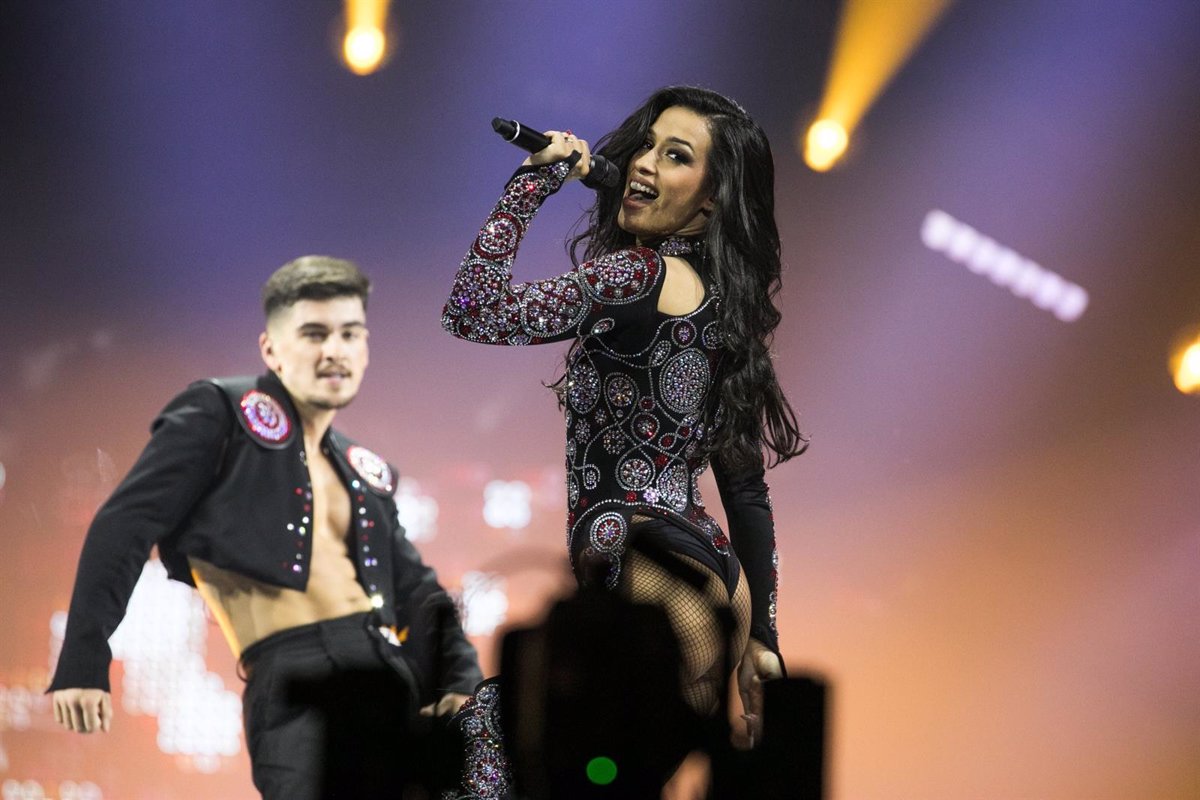 Politicians and artists have congratulated the representative of Spain in Eurovision 2022, Chanel, for achieving third place with a “memorable” presentation of the song ‘Slo Mo’, which has been applauded throughout Europe, giving the artist a total of 459 points.

The First Vice President and Minister of Economic Affairs, Nadia Calviño, congratulated Chanel and her entire team for their “incredible performance”. “Your talent has shone brightly”, she has underlined in a publication on her Twitter profile, collected by Europa Press.

“Chanel, magnificent performance! Thank you!” Applauded the Minister of Culture and Sports, Miguel Iceta, through the same social network, where he shared different news about the “chanelazo”.

The Government spokesperson and Minister for Territorial Policy, Isabel Rodríguez, underlined the example of “constancy, effort and talent” of the Spanish candidate” and thanked her for making the public enjoy her presentation.

“It is not easy to see something like this on stage. It has been memorable, Eurovision history,” said the Second Vice President and Minister of Labour, Yolanda Díaz, who also congratulated the Exon Arco dancers, Josh Huerta, Pol Soto, Raquel Caurin and Maria Perez. “You have made us happy!” She celebrated.

From the profile of the PSOE, the “chanelazo” has also been claimed: “You have moved us, you have made us dream of victory, we have touched it. Europe has valued the talent, the music and the great work of Spain”, he pointed out training on his Twitter profile.

“Enormous, Chanel. This performance with which you have made the stadium vibrate deserves twelve points,” Podemos has also pointed out from its official profile.

THE THIRD PLACE, “A VICTORY”

On the other hand, the leader of the PP, Alberto Núñez Feijóo, has described Chanel’s performance as “impressive” and has highlighted the pride of Spain for its representation and result. “This third place is a victory because you have managed to restore the illusion of many eurofans. It has been an overwhelming performance,” he added in her congratulations to the interpreter of ‘Slo Mo’.

“Many congratulations, Chanel, for this extraordinary participation in Eurovision and for leaving Spain in such a good place with a memorable performance. Proud of our country!”, wrote the leader of Ciudadanos, Inés Arrimadas. The deputy general secretary of the party, Edmundo Bal, also congratulated the artist on Sunday for her “commendable third place” and for “putting the name of Spain in the world.”

Vox has also congratulated the artist for “making history” in Eurovision with her third place and the record for points. “To represent Spain you have to feel proud and you have set the flag very high”, she has highlighted on her Twitter profile.

Regional political leaders such as the president of Andalusia, Juanma Moreno, or that of Castilla y León, Alfonso Fernández Mañueco, have also congratulated the artist of Cuban origin for her third place and for having made “everyone vibrate with her talent”.

“Chanel has made millions of Spaniards feel winners. Long live the Benidorm Fest, which has promoted this level. See you at Benidorm Fest 2023”, added the president of the Valencian Community, Ximo Puig, who also highlighted that the “music, with peace”: “Strength, Ukraine”.

From the field of local politics, the mayor of Madrid, José Luis Martínez-Almeida, also congratulated the singer and stated that it is “proud” to see Spain on the podium. For her part, the delegate for Culture, Tourism and Sports of the Madrid City Council, Andrea Levy, has expressed her “illusion” that Chanel will perform this Sunday at the concerts for San Isidro: “Madrid will give her a warm welcome” .

“Congratulations Chanel for the wonderful show and result tonight at Eurovision. You have made us enjoy and live it with enthusiasm until the end”, the spokesperson for Más Madrid, Mónica García, also thanked.

From the world of culture, there have been many artists who have also had praise for Chanel. The singer Blas Cantó, who represented Spain in Eurovision 2021, has expressed “pride” in him and congratulated the candidate and her entire team, as well as RTVE for “tremendous success”. “And to all the fans who supported Chanel at the Benidorm Fest, God bless you,” he added in a tweet.

Miki Núñez, Spanish representative in 2019, has declared himself, for his part, “chanelista to the core”, while Alfred García, who performed alongside Amaia in Lisbon 2018, has congratulated Chanel for having made it possible for the “illusion and quality” have been “in the first position”: “Bronze has never shone so much”.

“It is an honor and an inspiration to see you dream on that stage,” said Ruth Lorenzo, also a former representative of Spain at the festival, while another of the former candidates, Barei, celebrated Chanel’s top 3, which, she said, has returned the “illusion” for Eurovision to “entire Spain”.

“Congratulations for making history”, Rayden, who competed with Chanel at the Benidorm Fest 2022, has written on his Twitter profile. Those who were one of the great favorites of the Spanish pre-selection, Tanxugueiras, have also applauded the “chanelazo”. “Brava, Chanel. Congratulations on the show and the result,” they said.

“Long live the Eurovision people who bet and worked furiously, long live all the mates who spent a unique week and above all long live Chanel for her work and her talent”, the group Varry Brava, who also participated in the Benidorm festival, celebrated , referring to Chanel’s victory.

The singers Soraya Arnelas or Pastora Soler, who have also been through Eurovision, have also shown their joy at the “triumph” of ‘Slo Mo’ and have congratulated the representative and her entire team.

Ana Mena, who presented herself at the San Remo festival to represent Italy this year – the ones finally chosen were Mahmood and Blanco – has also celebrated the “chanelazo”.

“You deserve it! You have been impressive!”, Marta Sánchez has pointed out, who has asserted that it is very difficult to do what Chanel did in her performance. “Thank you for that third place in Eurovision”, she has concluded.

Many other artists such as Mónica Naranjo congratulated Chanel even before her performance in the final of the festival and despite the position she finally achieved, highlighting her work and professionalism.