The foods you did not know were addictive 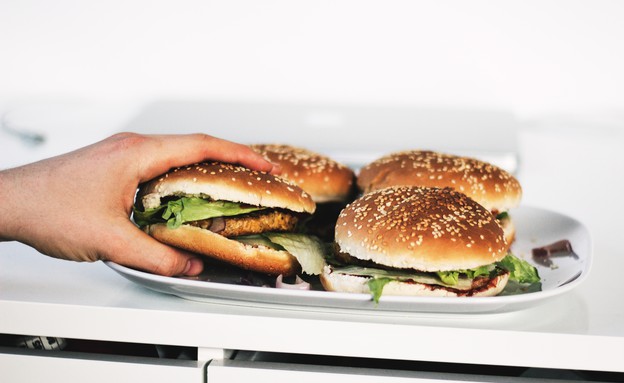 Most people are aware that there is something addictive in sugar and chocolate. But it turns out that there are quite a few other foods that can cause psychological dependence, from cinnamon to white flour. So how do you even get addicted and how can you cope after we have already become addicted? We checked.

Have you ever heard someone say he is addicted to cumin? High probability not, but if by chance you met such a person – then chances are it is a mental and not a physical addiction. “If you feel you are addicted to cumin, it’s probably a mental rather than a physical addiction,” says Dr. Rob Raponi, a physician and naturopath to Bustle. This is true of all the foods we eat, says Dr. Raponi. This actually creates a psychological or mental addiction (as opposed to a physical addiction). You crave certain foods because they release dopamine in the brain while you eat them. Since this is a harmless addiction, you can continue to consume cumin in moderate amounts.

You opened a bag of pretzels and could not stop eating? It will probably not surprise you that salt can also sell. “Salt creates a sense of reward like drugs, which is linked to behavioral conditioning and dopamine release,” says Dr. Susan Fox, a health expert. All of these can actually create dependence. Like sugar, it can be a very difficult task to put aside a salty snack. To become a comforting food.

It is important to remember that crunchy foods can be mentally comforting, but it is precisely the dopamine that gives you a pleasant feeling while eating that makes you go back to eating them again. In fact, it is our immediate desire and feeling when we eat such food that causes us to become addicted – and not the food itself. Common foods that may cause such a reaction include pastries, sweets, a fried potato snack and peanut butter. These are usually foods that stimulate our taste receptors in different ways, but mostly these are sweet or salty foods. The Ministry of Health recommends consuming 5-6 grams of salt a day.

Cinnamon, like cumin, can also cause psychological addiction. “It can turn into a mental addiction like sugar addiction, because it has a sweetness and ability to stimulate the reward system in the brain, however, cinnamon is harmless,” says Dr. Raponi. “Real cinnamon can help balance blood sugar levels and help control sugar cravings, because That it causes satisfaction, without the negative consequences of sugar. “As with anything, it should be consumed in moderation.

French fries have the potential to cause mental addiction, as they are considered “comfort food”. French fries are full of sodium and as mentioned, salt stimulates the reward and satisfaction center in the brain – and therefore makes you want more. Before you open the bag, check how much salt the snack contains so you can keep track of the amount of sodium you consume per day.

Every processed food has the potential to cause addiction – even whole wheat, which is processed into white flour. The more processed food is, the greater its potential to become addictive. “After your body gets used to these substances, you will need larger amounts over time to satisfy your cravings,” explains Dr. Fox. When you eat processed foods like white flour, your blood sugar rises rapidly and so does it. The “cribing” again.As mentioned, most foods can be eaten in moderation and there is no need to avoid it completely.