What happens when a nuclear bomb explodes? 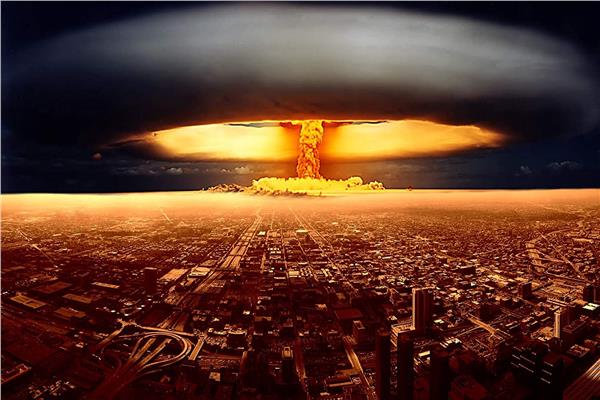 Russia’s invasion of Ukraine has increased the risk of nuclear conflict. What would a nuclear bomb explosion look like to those on Earth, and what would happen in the aftermath?

The answer to that question depends on how many weapons have been shot down. Russia and the United States possess 90% of the world’s nuclear weapons, according to the Federation of American Scientists, and Russia has 1,588 weapons deployed on ICBMs, which have a range of at least 3,417 miles ( 5,500 km) and heavy bomber bases, which host aircraft capable of carrying and dropping a nuclear payload, the United States has 1,644 weapons prepared in the same manner, knowing that the two countries also have approximately 5,000 other active bombs in between operating and simply waiting for the bombers.

And all-out nuclear war could easily mark the extinction of humanity – not only because of the initial deaths, but also because of the cooling of the world or the so-called nuclear winter, which will follow.

Perhaps the most likely scenario, according to some foreign policy experts, would be a small-scale nuclear conflict involving the use of so-called tactical atomic weapons. According to the James Martin Center for Nonproliferation Studies, 30% to 40% of the US and Russian arsenals consist of these smaller bombs. in size, which have a range of less than 310 miles (500 km) on land and less than 372 miles (600 miles). km) by sea or air, but these weapons will still have devastating effects near the area of ​​the explosion, but they will not lead in any case to the end or demise of the world.

Modern bombs start by triggering a fission reaction. Fission is the splitting of the nuclei of heavy atoms into lighter atoms – a process that releases neutrons, and those neutrons, in turn, can head towards the nuclei of nearby atoms, splitting them and unleashing an out-of-control chain reaction.

The resulting fission explosion is devastating. It was fission bombs, sometimes known as atomic bombs or A-bombs, that destroyed Hiroshima and Nagasaki, in Japan, with a force of between 15 kilotons and 20 kilotons of TNT, however many modern weapons It has the potential to cause even worse damage.

Thermonuclear or hydrogen bombs use the force of the initial fission reaction to fuse hydrogen atoms inside the weapon, then this fusion reaction begins to release more neutrons, which creates more fission, which leads to more fusion, and so on, the result is a fireball with temperatures proportional With the heat of the center of the sun, thermonuclear bombs have been tested and led to that result, but they have never been used in combat, or any war, or conflict.

According to a 2007 report from the Preventive Defense Project Workshop, being at ground zero for such an explosion would mean instant death. For example, a 10-kiloton nuclear weapon, about the size of the Hiroshima and Nagasaki bombs, would kill instantly. About 50% of people are within a radius of two miles (3.2 km) from the ground blast, and these deaths will be from fire, severe radiation exposure, and other fatal injuries, some of these may be injured by the stress of the explosion, while most will receive injuries from collapsed buildings or from flying fragments; Most buildings within a radius of 0.5 miles (0.8 km) from the detonation will also be demolished or severely damaged.

Radiation is the byproduct, and most insidious, of a nuclear explosion. The fission bombs dropped on Japan have caused local repercussions, but modern thermonuclear weapons release radioactive material high into the stratosphere (the middle layer of Earth’s atmosphere), allowing for global repercussions. The level of fallout on whether the bomb exploded above ground in an atmospheric blast exacerbates the global fallout, but mitigates the immediate impact at zero, or on the ground, reducing global impact, but devastating to the immediate area.

And the risk of fallout is most severe within 48 hours after an explosion. In the absence of snow or rain — which helps draw fall on the ground faster — distant particles may have minimal radioactivity by the time they float to the ground, according to the Handbook of Survival Skills in Warfare. nuclear.

After 48 hours after the explosion, an area initially exposed to 1,000 roentgens (a unit of ionizing radiation) per hour would see only 10 roentgens per hour from radiation, and about half of the people who experienced a total radiation dose of about 350 roentgens would likely die over Over the course of two days of acute radiation poisoning.

As for the survivors, only from the explosion, they are also at risk of developing cancer throughout their lives, according to the International Committee of the Red Cross, specialized hospitals in Hiroshima and Nagasaki have treated more than 10,000 officially recognized survivors of the 1945 bombings, and most deaths in this group are attributed to cancer Leukemia rates in victims exposed to radiation were four to five times typical levels in the first 10 to 15 years after the blast.

“In a place like Ukraine, which produces 10% of the world’s wheat, if radiation-tolerant clouds fall on cropland, if those Crops, across the food supply, could cause long-term problems, such as cancer due to radioactive iodine.

He continued: “Ashes and soot injected into the atmosphere during a nuclear war could have a dangerous cooling effect on the climate if enough bombs were dropped. Thrown on Hiroshima in 1945 would lower global temperatures below the temperatures of the Little Ice Age that occurred from about 1300 to 1850 which is disastrous by all accounts, because the Little Ice Age on Earth previously, caused crops to fail to grow, The outbreak of famine at a time when the world population was less than one-seventh of what it is today.