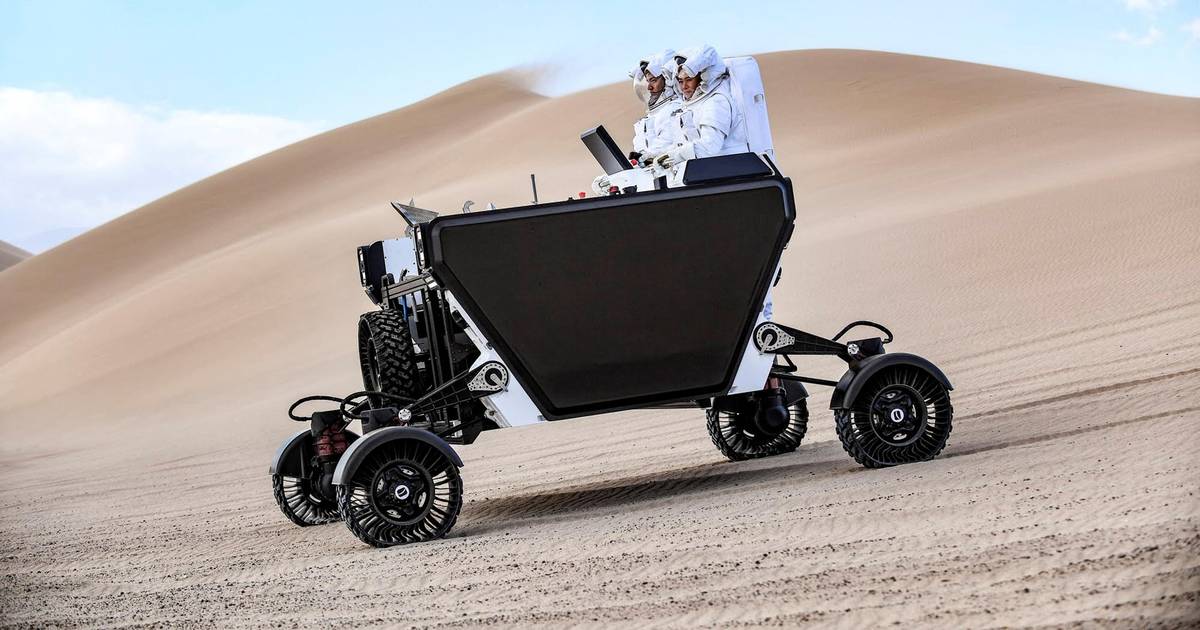 Founded by a veteran of space robotics, Venturi Astrolab has released photos and videos showing the Flexible Logistics and Research Vehicle (FLEX) driving across the rugged California desert near Death Valley National Park during a five-day field test in December.

Astrolab leaders say the four-wheel-drive FLEX rover is designed for use in NASA’s Artemis program, which aims to return humans to the moon as early as 2025 and establish a long-term lunar colony as a precursor to sending astronauts to Mars.

Unlike the Apollo-era moon vehicles of the 1970s or the current generation of robotic Martian rovers designed for specialized tasks and experiments, the FLEX is designed as a multi-purpose vehicle that can be operated manually or remotely.

Built around a modular system inspired by conventional container transport, FLEX is versatile enough to be used for research, cargo delivery, construction site construction and other logistics work on the Moon, the company says.

“For humanity to truly live and operate in a sustainable way beyond Earth, there must be efficient and economical transportation from the launch pad to the final outpost,” Astrolab founder and CEO Jaret Matthews said in a statement announcing the rover’s launch.

If NASA adopts FLEX for Artemis, it will become the first rover to travel on the moon’s surface since Apollo 17, the last of six original US missions to the moon, in December 1972. The Apollo 17 lunar vehicle set a lunar speed record of 17.7 km / h. h. FLEX can move just as fast.

While Apollo’s vehicle was driven by two astronauts sitting as if in a car, FLEX drivers – one or two – drive standing in the back, operating the vehicle with a joystick.

The rover itself weighs just over 500 pounds. With its fully charged solar-powered batteries, the vehicle can drive two astronauts for eight hours and has enough energy capacity to survive the extreme cold of a moonlit night.