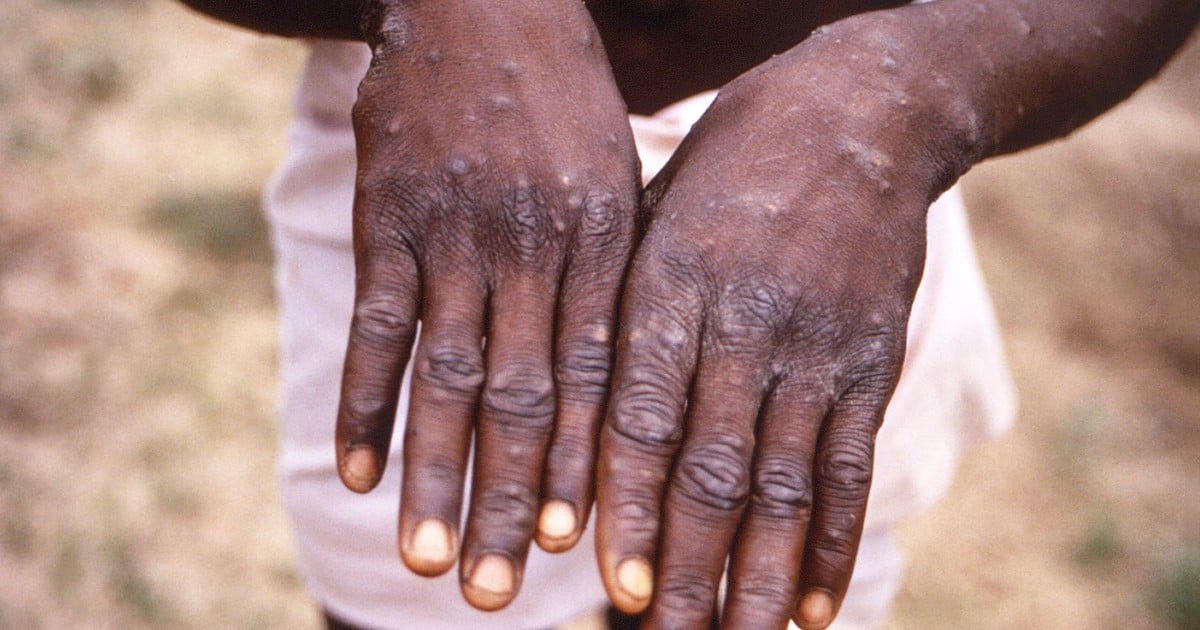 Is it a new disease? Is it serious? How is it spread? Are there vaccines? What should I do if I have symptoms? These are some of the questions about monkey pox of which 110 cases have already been reported in 15 countries where it is not endemic, which led the World Health Organization (WHO) to issue an epidemiological alert.

In addition, there are 93 suspected cases in these countries and in three others: Argentina (notified by the Ministry of Health yesterday), Austria and Greece.

Is it a new disease?

No. According to the WHO, the monkeypox virus is an orthopoxvirus that causes a disease with symptoms similar to those of smallpox, but less severe. Although smallpox was eradicated in 1980, monkeypox continues to occur in Central African countries and western, where it is an endemic disease.

The incubation period for monkeypox can range from 5 to 21 days. The febrile stage of the illness usually lasts 1-3 days with symptoms including fever, severe headache, lymphadenopathy (swollen lymph nodes), back pain, myalgia (muscle pain), and severe asthenia (lack of energy). .

The febrile stage is followed by the rash stage, which lasts 2 to 4 weeks. The lesions progress from macules (lesions with a flat base) to papules (firm and painful lesions) to vesicles (filled with clear fluid) to pustules (filled with pus), followed by crusting.

“In most cases ands a benign and self-limited disease, that is, she goes alone. The possibility of complications is very low and mortality is even lower, so in that sense you have to be calm,” infectious disease doctor Leda Guzzi told Télam.

And he explained that “the treatment is symptomatic. Wounds are cleaned with physiological solution and are usually covered. Ibuprofen or Paracetamol may also be indicated for fever or general malaise.

The specialist, a member of the Argentine Society of Infectious Diseases (SADI), explained that “only in severe cases can antivirals such as tecovirimat or cidofovir be considered, but only in very serious situations such as pneumonia or encephalitis, that is, conditions that compromise the life of the patient because for now they are treatments that have some proven efficacy in vitro, some clinical study but they are not a standard of care either”.

How is it spread?

“The infection can spread when someone is in close contact with an infected person (or infected animal). In any case, there is a very low risk of transmission to the general population,” said virologist Humberto Debat, a member of the Argentine Inter-institutional SARS-CoV-2 Genomics Project (PAIS).

Image of a girl affected in 1971 by lesions caused by monkeypox in Bondua, Liberia. CDC photo.

In this sense, “monkeypox is not reported as a sexually transmitted infection, although it can be transmitted by direct contact during sexual intercourse. with infectious skin lesions, however in this particular outbreak there is some relevant data, for example in the UK all cases reported on May 16 were men who self-identified as men who have sex with men with predominantly lesions in the genital area.”

“This unusually high frequency of observed person-to-person transmission and transmission with no history of travel to endemic areas (African rain forest) suggests an increased likelihood of virus spread through close contact such as sexual activities,” he noted.

“The vaccine we have has a component called vaccinia, which is a virus of the same genus as human and monkey pox. This vaccine is very efficient against human and is 85% effective against monkeypoxGuzzi explained.

And he continued: “The people who received this vaccine, which are those born before 1972, are estimated to have some level of protection. The people who were born after that date, after smallpox was eradicated, we did not receive that vaccine then there is a significant percentage of the population that would be susceptible.”

The infectologist pointed out that “by ceasing to be applied, this vaccine ceased to be produced in most countries of the world; however, it can be regenerated and produced again and there are countries such as the United Kingdom and the United States that have already begun to re-evaluate their production.

What do I have to do if I have symptoms or had contact with a suspected case?

Yesterday, the Ministry of Health of the Nation, in the notification of the first suspected case in the country, issued a series of recommendations: Anyone who presents compatible symptoms (especially rashes) and a history of travel to areas where there are cases and/or involves some exposure of risk with suspected, probable or confirmed cases, must take measures of social isolation (not going to school, work, social events, etc.), implement respiratory protection measures (proper use of a mask, ventilated environments and distance from other people) and consult with the health system immediately.

Close contact with infected people is the most important risk factor for infection with the virus.

Until today, exposure to a case is considered if there has been exposure without respiratory protection (particularly relevant for health workers); direct physical contact, including sexual contact, or contact with contaminated materials such as clothing or bedding.

If a person had contact with a suspected or confirmed case of monkeypox during the infectious period – between the onset of symptoms of the case until all the scabs of the skin lesions have fallen off – must follow a series of care and remain under strict clinical-sanitary monitoring for 21 days from the last contact.

First of all you should check your temperature twice a day; as long as you remain asymptomatic you can continue with routine daily activities but you should remain alert to symptoms; You should not donate blood, cells, tissues, organs, breast milk, or semen while under symptom surveillance.

If a rash develops, it should be isolated and evaluated as a suspected case. In addition, a sample must be collected for laboratory analysis to detect monkeypox.