Eitan Biran’s grandmother: “He keeps saying he wants to stay … 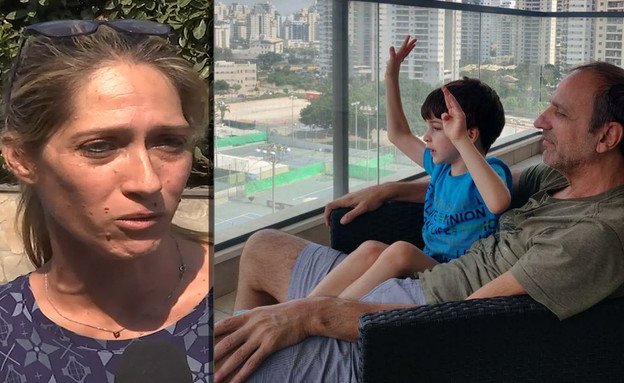 Etty Peleg Cohen, Eitan Biran’s grandmother, who was taken to Israel from Italy by his grandfather Shmuel Peleg, claimed that “Eitan repeats that he wants to stay in Israel, no one convinced him to say that,” she said in an interview with the Italian Corriere della Sera. Her remarks come ten days after Eitan was smuggled into Israel by his grandfather, and three days after the brother of his legal guardian in Italy from the Biran family visited him in Israel.

“When they asked him in a phone call from Italy if he did not miss his cousins, he said yes but that he could see them in Israel,” Peleg Cohen claimed, adding that she had lost confidence that justice would be done in Italy. The grandmother shared that she began the process of enrolling Eitan in first grade at a school in Tel Aviv – after one of the rocks of controversy between the families was the Biran family’s decision to enroll Eitan in a Catholic school in Italy.

An acquaintance of the family said that Eitan’s parents planned to return to Israel next year, after father Amit Biran finished his internship at the hospital in Italy, and had already planned to buy an apartment. The insider added: “I want Eitan to grow up here, in accordance with the traditions of his people.”

The cable car disaster and the struggle for Eitan | coverage:

Three days ago, Hagai Biran from the Italian side of the family, the brother of Eitan’s guardian, met with Eitan in Israel. The meeting took place after a third phone call between Eitan and his family in Italy. A statement from the Biran family after the visit said that although he was in good physical condition, “it was worrying to see that little Eitan was showing clear signs of incitement and brainwashing. This was real damage. Eitan’s return to his home in Italy seems more urgent than ever.”

After taking Eitan to Israel, Eitan’s grandfather, Shmuel Peleg, was interviewed by Ulpan Shishi. “I received a legal opinion, I went through with an orderly stamping of passports,” the grandfather said. “Eitan is happy, wrapped in his family members, and is in the place he needs to be, in his home in Israel.”