Giorgia Meloni launches the counterattack with a video, “no to the lynching of an entire party” 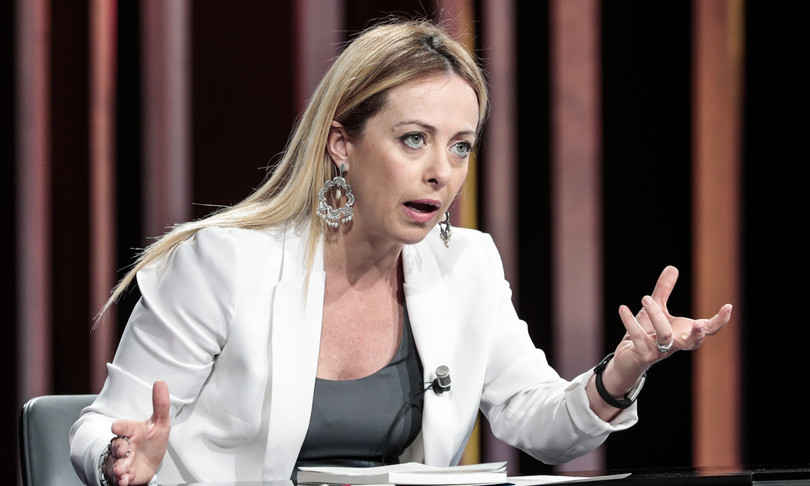 “I’m not a person used to hiding, I don’t want to do it this time either. Trivially, why there’s nothing to be ashamed of“: with these words opens a video with which the leader of Brothers of Italy, Giorgia Meloni, counterattacks on the case of the service of Fanpage on the election campaign of his party in Milan, in his opinion “studied, scientifically, at the table”. “I will never be indulgent with those of us who should be wrong”, he assured in the video posted on social media. “I know that those who make mistakes in this sick system condemns us all, but I do not accept the morality from you“, he added, alluding to those who defended the former mayor of Riace, Mimmo Lucano, “You politicians who stand up for someone who rubbed off money for immigrants to mind his own business, you can’t even do morality to the Loch Ness monster.”

Then he denounces the hypocrisy of “feigned indignant” journalists, addressing directly to the Italians: “If you too have any doubts, if it seems to you that something is not right, help me to spread this video”, he said, “we do not and we do not we will have many friends among the strong powers, but I trust that we still have some good friends among the Italians “.

The leader of FdI attacked the handling of the case by the media: “Is the lynching of an entire party right on the basis of a clearly partial reconstruction?”, She asked.

“You journalists, feignedly indignant, who have not written a line on the 24 thousand euros found in the dog’s kennel of a Pd senator, on the disgust that is being consumed around the Monte dei Paschi di Siena, on the 100 million fake masks and overpaid with the money of the Italians from Domenico Arcuri through a brokerage company that had a single employee, while people were dying … “, he insisted,” you can’t give morality to anyone, don’t stay there to explain to me what I should do or who I should be: I will never be as you”.

No to double standards and cynicism

“Of that wickedness, that hypocrisy, that double standards, that cynicism I have never been and never will be able to. And I’m proud of it. As always, the only ones who have to judge me and the only ones from whom I accept and accept any verdict are Italians.

“What I think is that, as far as one can pretend not to see it, it was all studied, scientifically, at the table”, the leader of FdI complained, “not from Fanpage, but from an entire circuit, or circus, if you like”.

“Three years of infiltrated journalist, 100 hours of footage, from which 10 minutes of arbitrarily cut and stitched videos are extrapolated, placed in prime time two days before the elections so that they would end up in the newspapers on the day of election silence. When. they can talk about you and you can’t defend yourself, when people have to decide whether or not to vote for you the next day, because today we vote “, says Meloni.

“Next week, again during the election campaign, the Piazzapulita broadcast will make another episode on this topic”, explained Meloni, “I trust that Corrado Formigli, from the height of his intellectual honesty typical of journalists who are not biased, he will also broadcast this video of mine in its entirety, which is decidedly shorter than those of Fanpage “.