9 year old Parvana was sold to a 55 year old man, and she’s not the only one 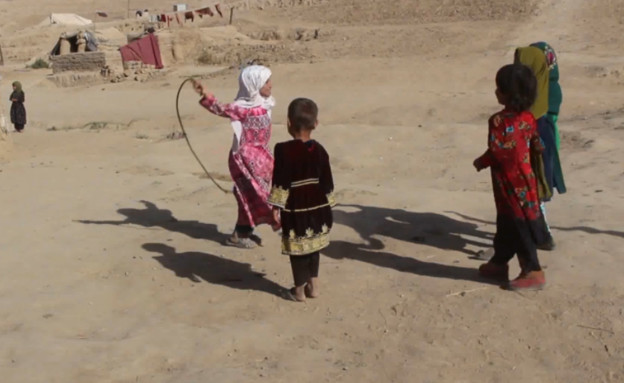 9-year-old Parvana Malik has dark eyes and a pink cheek. She laughs with her friends while they play in a dusty forest taking rope in Afghanistan, CNN reports. But Malik’s laughter disappears when she returns home, to a small hut with dirt walls, where she remembers her fate: she is about to be sold as a bride to a 55-year-old stranger, “old man” as she puts it. She says she is afraid he will beat her and force her to clean the house, but her parents told her they have no choice.

For four years during which her family lived in a refugee camp in northwestern Baghdad County, Afghanistan, their lives depended on humanitarian aid and occasional jobs that earned them several dollars a day. Despite the urgency, the family managed to get by. But since the Taliban took control of Afghanistan on August 15, the situation has deteriorated further. International aid has ceased, the country’s economy is collapsing rapidly, and since then many have been unable to afford even basic necessities like food. A few months ago, Parvana’s father had already sold her 12-year-old sister to another man.

“The number of families selling their children is growing”

Parvana is one of those young Afghan girls, more and more of whom are being sold into marriage as the humanitarian crisis in the country deepens. Especially as the cruel winter approaches, the famine in the country pushes families to make difficult decisions. Parvana’s desperate parents gave CNN full access and permission to talk to the children and also to show their faces. They say that if they can not change the situation on their own – maybe that’s what will help.

“Every day the number of families selling their children is growing,” said Muhammad Naim Nazem, a human rights activist at Badgis. “(Because of) the lack of food and the lack of work, families feel they have to do it.” Abdul Malik, Parvana’s father, cannot sleep at night. Ahead of his daughter’s sale, he openly said he was “broken” by guilt, shame and worry. He traveled to the provincial capital of Cala-a-Nu to look for work, but without success. He even borrows “a lot of money” from relatives, and his wife is already begging the neighbors for food. “We are eight family members,” he said. “I have to sell (my daughters) to keep family members alive.”

Parvana hoped to change her parents’ minds – she had dreams, she wanted to be a teacher, but her requests were useless. On October 24, the buyer, named a victim, arrived at the home and handed Parvana’s father sheep, land and cash worth 200,000 Afghans (about $ 2,200). That should be enough for the family for a few more months.

A victim described the sale as a marriage. He said he already has a wife who will take care of Parvana as if she were one of his children. “(Parvana) was cheap, and her father was very poor and he needed money,” he told CNN. “She will work in my house. I will not beat her. I will treat her like a family member. I will be kind,” he promised. Parvana, wearing a black headdress with a colorful bouquet of flowers around her neck, hid her face and whimpered as her father said to the victim in tears “This is your bride. Please take care of her – you are in charge of her now, please do not hit her”.

A victim agreed, then grabbed the arm of 9-year-old Parvana and led her out of her parents’ house. As they left, her father watched in the doorway and saw Parvana dragging her legs, trying to get away – but to no avail. She was dragged to a car that was slowly moving away. Although marriage to children under the age of 15 is illegal in Afghanistan, it has been practiced for years, especially in the more rural areas of the country.

Millions of children in acute malnutrition

According to a UN report released this week, more than half of Afghanistan’s population is facing acute food insecurity. More than 3 million children under the age of 5 will face acute malnutrition in the coming winter months. Afghanistan is getting paid – Afghanistan is collapsing – and this is accelerating the phenomenon of selling girls to brides.

Nearly 677,000 people have been displaced in the past year alone due to fighting in the country, according to the United Nations Office for the Coordination of Humanitarian Affairs (UNOCHA). Many of them live in tents and barracks in refugee camps, such as Parvana’s family.

CNN also tells the story of Majul, a 10-year-old girl in neighboring Gur County. Majul cries every day, ahead of her sale to a 70-year-old man in order to settle her family debts. Her parents borrowed 200,000 Afghans (about $ 2,200) from a home in their village – but without a job, they have no way to repay the debt. The buyer dragged Majul’s father, Ibrahim, to a Taliban prison and threatened to imprison him for failing to repay his debt. Ibrahim said he promised to pay the debt in a month, but now the time is up. “I do not know what to do,” he said. “Even if I don’t give him my daughters, he will take them.”

The Taliban promises to distribute food

The Taliban’s rapid takeover of Afghanistan with the withdrawal of the United States and its allies has caused the international community to halt aid, the situation is complicated – countries and international institutions have been reluctant to renew aid for fear of being perceived as legitimizing the Taliban as Afghan leaders.

Taliban leaders say they plan to distribute food to prevent families from selling their daughters. “Once we implement this plan, if they continue to sell their children we will put them in jail,” said Mualwai Jalaludin, a spokesman for the organization’s justice ministry that took over Afghanistan.

Some of the families CNN spoke to expressed frustration at the lack of assistance during the country’s worst hour. “Following the non-release of the funds they are depriving the Taliban government – these are the vulnerable, the poor, and the young girls who are suffering,” said Isabel Carlsen of the United Nations Human Rights Organization.

In the Afghan DP camp in Badgis province, Malik, Pawana’s father remembers the last words of his husband who sold his daughter: “I pay for the girl. It does not matter what I do with her … it’s my business.” After the snow has already begun to cover the camp, and before months of cold, Parvana’s father sadly realizes what the future probably holds: “I will have to sell another daughter if my financial situation does not improve – it will probably be the two-year-old girl.”