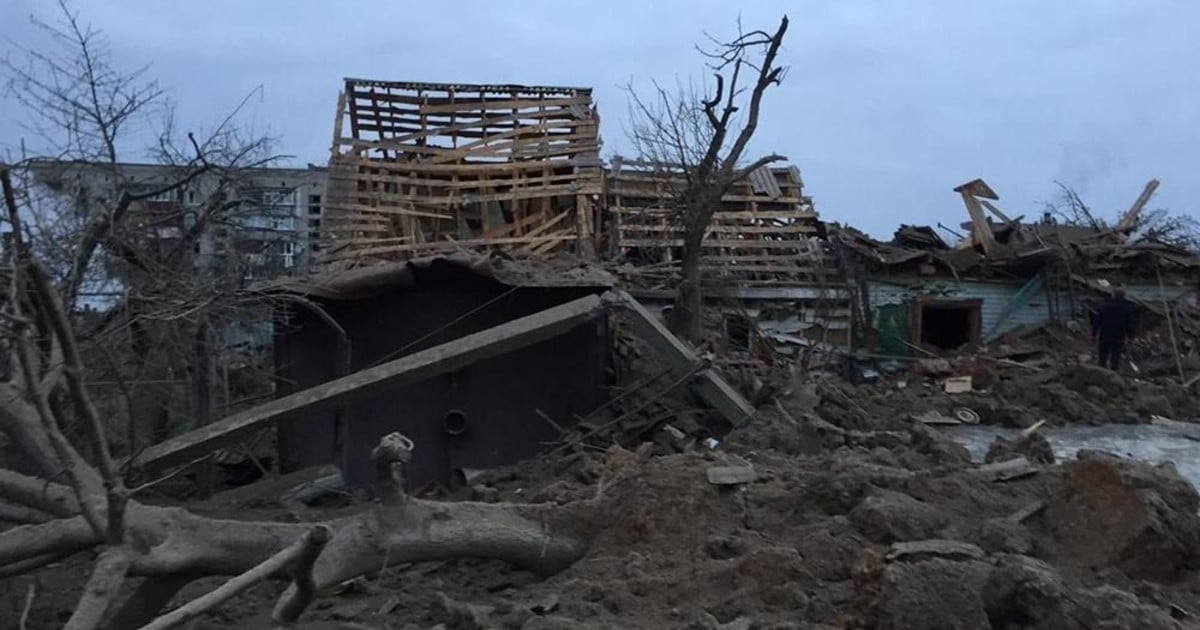 One Russian missile attack in the Zhitomir region, located about 140 kilometers west of Kiev, the capital of Ukraine, caused the death of a civilian and the destruction of several dozen houses between Saturday night and early Sunday morning, according to official sources.

“The enemy shelling fell on the houses of civilians in Korosten. Several of the houses were completely destroyed, others have damaged walls, roofs and windows. Until 8:00 a.m. (local), the police have information about a old man dead and 4 woundedincluding a child who is in critical condition, “Zhitomir Police detailed.

In parallel, the Ukrainian State Service for Emergencies gave details about the attack in Ovruch, also belonging to the Zhitomir oblast, where “30 private houses were destroyed, 5 of them completely”. There were no fatalities reported there.

one of the houses affected by the Russian attack. Photo Police of Zhytomyr Oblast

The works in the area aimed, after the attacks, to “dismantle the blockades and restore communications,” according to the Zhitomir Police Communication Department. It was also assured that “reinforced patrols are also working to prevent any robbery in houses temporarily abandoned by residents of the region, due to the danger of hostilities.”

The Ukrainian army provided its daily operational report this morning, in which it reported on the “fierce battles” waged by their troops “to keep the borders” safe of Russian attacks. Furthermore, he added that the invading forces are “making constant attempts to avoid direct contact” with local militias.

He also maintained that “the main efforts are focused on the defense of the city of Mariupol and the fire impact of the superior forces of the rival” and specified that “other groups carry out a defensive operation and lead defensive battles in Slobozhansky and in the eastern part of Tavri directions.”

In the same address, he reported that “the columns of the opponent who tried to advance towards Dnipropetrovsk from the Balaklia side have been stopped” and that “a defense operation is being carried out in the Siver region.

He also indicated that “in the Mykolaiv Oblast, the capture of a large number of opponent’s armored equipment and cars” and that “the Armed Forces of Ukraine carry out a stabilization operation and carry out tasks of territorial defense in order to prevent offensive actions and activities of intelligence groups diversion of the opponent”.

In Ovruch, dozens of houses were destroyed, but no deaths were reported.

In its social networks, the Ukrainian Army stated that it focused its efforts “on repelling enemy missiles and air strikes, air cover of important Ukrainian (critical) objects and groups of troops” and detailed that “until now, the losses of Russian occupation forces number 88 planes and helicopters”.

“The opponent tries not to lose his offensive potential, but, given the situation, he has huge losses in weapons, equipment and personnel. At the cost of the opposition of the entire Ukrainian people, the opponent is demoralized. The eleventh day of the heroic resistance of the Ukrainian people against the Russian military invasion has begun,” the Ukrainian army declared on its social networks.