Bosnia, the country of the three presidents 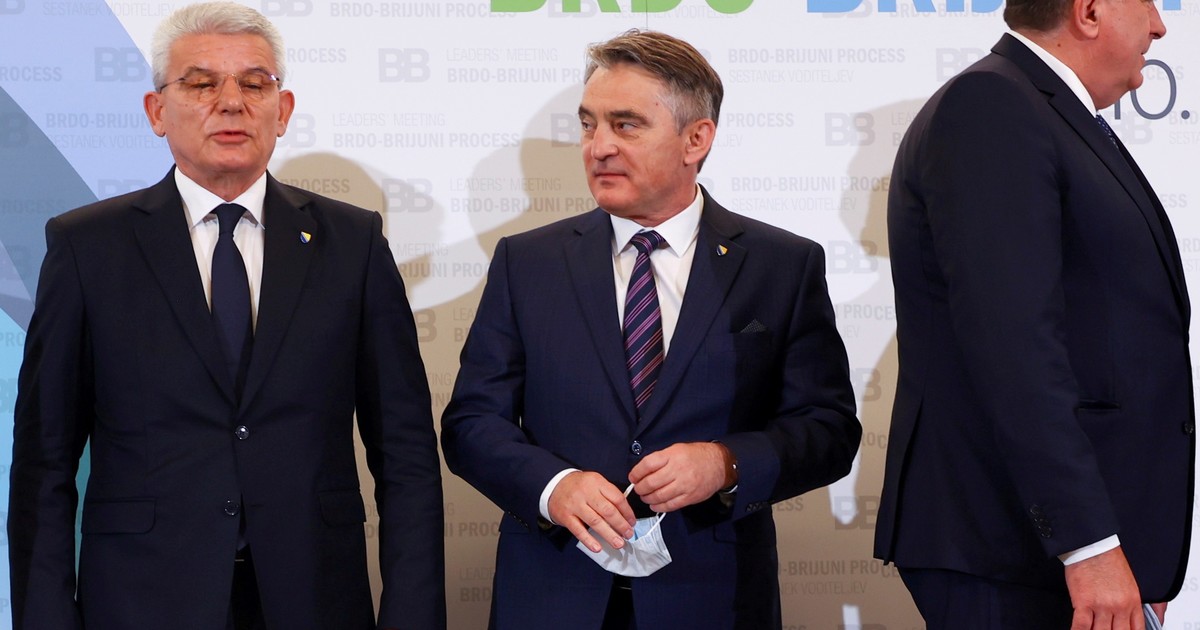 The Dayton peace accords of December 1995 that ended the first part of the Balkan wars of the late last century established that Bosnia-Herzegovina would be a federal republic with two entities: the Croatian-Muslim Federation and the Serbo-Bosnian Republic.

The common entity would have three co-chairs: a Croat, a Bosnian and a Serb. A representative of the United Nations would have the right of veto over laws and appointments.s that later it would happen to be a diplomat of the European Union.

The country was recovering from the ravages of war, the siege of Sarajevo and the genocide of Srebrenica and the International Criminal Tribunal for the former Yugoslavia was trying the most prominent war criminals.

But the seams of Bosnia-Herzegovina were never well sealed and the Serb-Bosnian part of the country, united in everything except the borders to Serbia, it was always an entity with disintegrating tendencies.

Experts warned many times that the peace was falsely concluded with military gains on the ground more in mind than future stability and that the situation would become untenable. Bosnia-Herzegovina is right now the country in the region that further he sees his long-awaited entry into the European Union.

The Disintegrating Force of the Bosnian-Serbo Republic has been increasing in recent months with the help of Milorad Dodik, its president of the last three decades. The Bosnian Serb Parliament, based in the capital Banja-Luka, approved last Friday a series of laws that, if they enter into force, would mean the de facto independence of that part of the country.

The new rules, on Defense, Secret Services, Justice and Prosecution, would come into force in six months if Sarajevo, the federal capital, does not accept to withdraw 142 laws that have been approved since the peace of 1995 and that the Bosnian Serb nationalists consider that they served to reinforce the central power against that of the regions. These standards were endorsed by the different international representatives.

The laws approved this past Friday include, among other measures, the creation of its own Armed Forces for the Serbo-Bosnian Republic.

Milorad Dodik, the strongman of the Serbian Republic of Bosnia. Reuters photo

Dodik said on Friday that these next six months will serve “to see if Bosnia-Herzegovina can survive” although he himself said that he “cannot” and that is what he seems to be working on. Dodik did not receive the support of the opposition but his party (the SNSD, officially Social Democratic but in practice nationalist) has an absolute majority and approved the disintegrating laws with the opposition against.

The opposition leader, Mirko Sarovic, said that “the path chosen by Dodik is dangerous” and warned him that “If you think you can do without going to war you are wrong.”

Dodik, for his part, assures that the specter of a new war is unreal, that the situation is very different from that of the 90s of the last century and that now the crisis will be resolved as a political crisis, not a military one. Dodik is a nationalist who continues to defend war criminals like Radovan Karadzic and Ratko Mladic.

Denies there was a genocide in Srebrenica, blames the Western powers for the siege of Sarajevo and criticizes European and American diplomatic initiatives to curb their secessionist tendencies. He says that Donald Trump was “an excellent president.”

In an interview with the French newspaper at the beginning of December ‘The world, Dodik rejected the new national rule condemning the denial or glorification of war crimes and warned that Bosnian Serbs could leave the Armed Forces of Bosnia-Herzegovina to create their own Army if Bosnia does not demilitarize, which would be their option. ideal.

Dodik also announced that from now on his government will not comply with the orders of the representative of the European Union, commissioned by the United Nations to review laws and appointments and has the right of veto over the decisions of the country’s authorities.

The position is now being assumed by the German diplomat Christian Schmidt. While Dodik said they will now draft a new constitution, Schmidt has already warned that he would sanction any attempt at secession. The implementation of those laws would mean the de facto independence of the Bosnian Serbo Republic and the breakup of Bosnia-Herzegovina, a threat to regional peace.

The other two co-chairs, the Bosnian Sefik Dzaferovic and the Croatian Zeljko Komsic, assure that the initiative of the Bosnian Serbs of Dodik it is an attack on the constitutional state forged after wars and therefore an attack on peace.

Both US diplomacy – the forging in the time of Bill Clinton of the Dayton peace accords – and Europe they had been warning Dodik for months, who has ignored them and relies on neighboring Serbia and Russia. Dodik also has the support of the nationalist faction (in opposition) of the Bosnian-Croats, who would like to see the dislocation of Bosnia-Herzegovina.

The official line of the European Union is to demand that Dodik stop and warn that he will punish with sanctions any attempt to disintegrate a country whose seams seem to be giving way. Europe officially defends the integrity of Bosnia-Herzegovina but some countries of the European Union go out of that line.

Croatia, Slovenia and Hungary more or less clearly support Dodik and would welcome that borders were redrawn that came out of the 1995 Dayton Accords despite the risk of provoking an armed conflict.

Slovenia, which assumes the six-monthly presidency of the European Union until December 31, when the baton will pass to France, circulated a document in July in which it called for redrawing those borders.

Faced with the scandal unleashed in Brussels, the Slovenian government denied its authorship. Brussels buried the plan and warned that some were playing with fire. Hungarian Viktor Orban visited Dodik in November. A show of support that goes outside the European line and that replicates the politics of Belgrade and Moscow.