Scholz and Draghi at work to define a ‘joint action plan’ 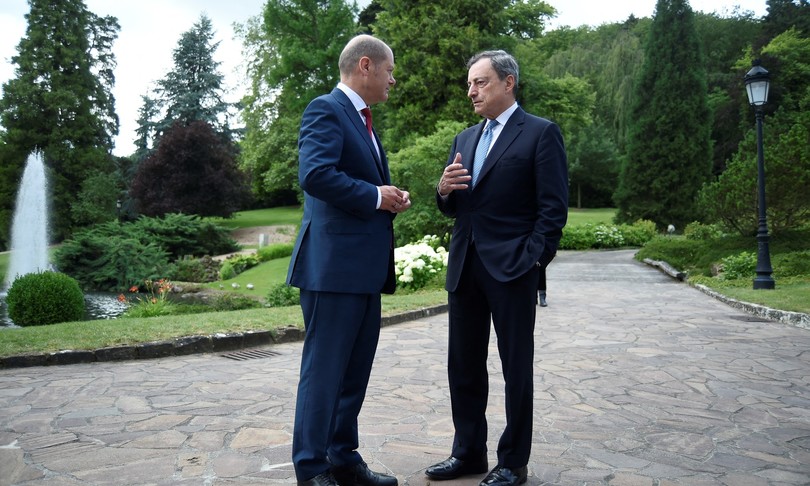 – A common “action plan” to be renewed every year: this is the goal of first visit to Rome as chancellor of Olaf Scholz. According to the Frankfurter Allgemeine Zeitung (Faz) – which cites “Italian government circles”, confirmed by German diplomatic sources – the project is still “in a preliminary stage”, but it represents the sign that the two countries intend to “give a new dynamic “to the relationship between the two countries.

These are not crumbs: in perspective, the “action plan” provides for a bilateral summit in which heads of government, state and key ministers will participate. In addition, every three months a minister will respectively participate in a government meeting of the other country. In short words: it is not just a courtesy visit from the new German Chancellor, who had been in Rome for the last time on October 29, still in the role of finance minister in the government of Angela Merkel.

According to the previews, the interview with the Prime Minister, Mario Draghi, in addition to bilateral issues, major international dossiers such as relations with Russia and China will be addressed (it is no coincidence that the Roman stage arrives at the beginning of the chancellorship immediately after the visit to Paris and the trips to Brussels and Warsaw).

As for the already very difficult relations with Moscow, Scholz put his hands forward stating that if the Ukrainian borders are violated there will be “serious consequences”, without however specifying whether this implies a stop of the multibillion-dollar Nord Stream 2 gas pipeline, mentioned instead by the new foreign minister of Berlin, the green Annalena Baerbock.

It is easy to imagine that Scholz and Draghi face off in their meeting (set for 2 pm) also and above all the issue of the reform of the Stability Pact: as is well known, Rome and Paris push towards a softening of the rules and press on Berlin in particular with regard to investments (see under the heading green transition) and the possibility of loosening the links in terms of the rules for reducing the debt of individual countries. It is a front on which Scholz has always preferred to be cautious up to now, returning from time to time to affirm that the Pact is already sufficiently “flexible”.

Yet, there is no lack of signs of openness: to begin with, it is well known that the Greens – the main coalition ally in your government – have long argued in favor of a softer approach in terms of European rules, but it appears even more It is significant that the new finance minister, the liberal Christian Lindner – in theory a ‘hawk’ with the mantra of “solid finances” – already in the coalition contract accepted the idea of ​​a reform of the EU fiscal rules in favor of greater investments .

According to observers, the new “joint action plan” of which the Faz writes seems to indicate, if nothing else, a willingness to put all the issues on the table without preconditions. Not only that: the German newspaper suggests that this “new dynamic” should be read as the completion of a triangulation between Berlin, Paris and Rome.

In this case, the Frankfurter Allgemeine cites the signing, last November 26, of the Quirinal Treaty, born on the model of the previous Elysée and Aachen treaties between Germany and France. This is an approach that seems confirmed by the words used by the Chancellor’s spokesman, Steffen Hebestreit: Scholz and Draghi will address “the widest range of bilateral, European and international issues”, given that Italy “is an important and close partner of the Germany”.

The two countries, so the spokesman, “intend to deepen their collaboration through continuous coordination in the most various political fields”. Relations between Rome and Berlin have not always been so idyllic, says the Faz: “In the past years, relations have been repeatedly characterized by reciprocal attributions of guilt and misunderstandings. In Italy there have been concerns about a possible German hegemony in Europe , as well as the feeling of having been left alone in the question of migrants “.

On the other hand, Berlin has repeated its criticisms regarding the reforms that have never been carried out, stellar indebtedness and the “lack of political stability”. These are doubts to which the new joint “action plan” could begin to give answers over time. Above all, it could be the political tool to prevent misunderstandings and to shorten the distances of the past, even the recent one. It must also be said that almost everyone agrees in describing Olaf Scholz as a pragmatist: a characteristic that Draghi certainly shouldn’t mind.