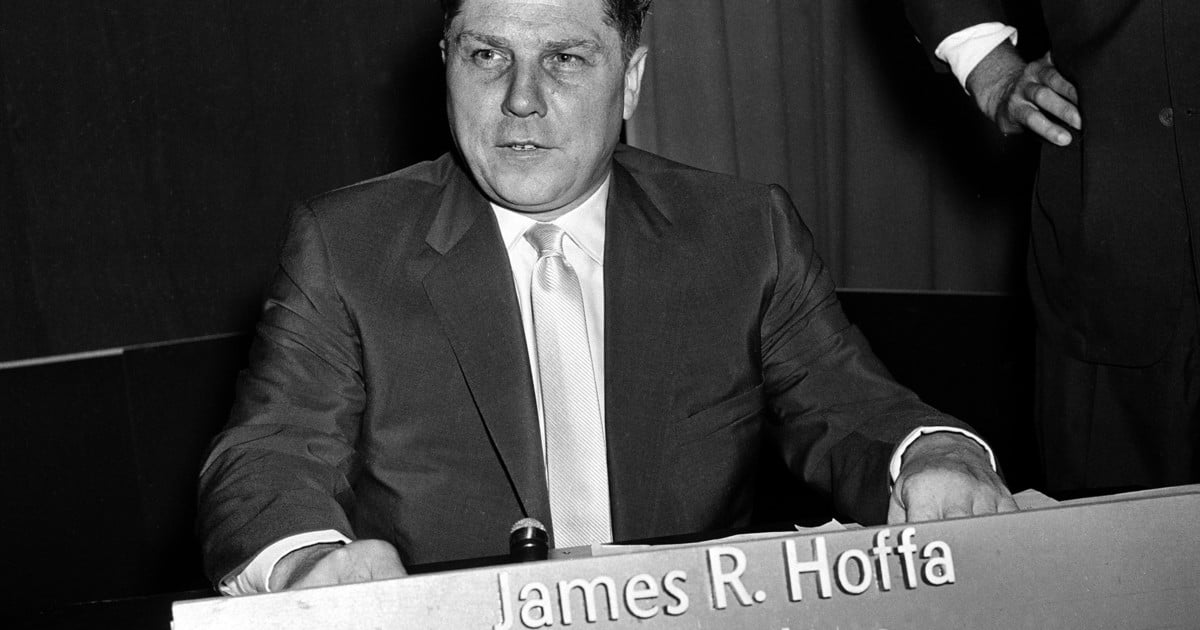 The New York Times. Special for Bugler
​The disappearance of the legendary American truckers unionist Jimmy Hoffa in 1975, a mystery that has captivated the American imagination for half a century, is the subject of a new FBI investigation. The agency focuses on the site of a New Jersey landfill. A worker, on his deathbed, said that he had buried the body in a steel drum.

In the summer of ’75 Hoffa, he was no longer at the peak of power. He had served a prison term after being convicted of manipulating a jury in 1964, and his attempts to return to his union throne after his release were unsupported. He was alone and surrounded by enemies. His long friendship with New Jersey mob boss Anthony Provenzano – “Tony Pro” – had ended on bad terms. The men operating in their orbit would later say that it was an open secret that Hoffa’s days were numbered.

On July 30, 1975, Hoffa was in Bloomfield Township, Michigan, to attend a meeting to address this crisis. He was to meet Provenzano and another mobster at the Machus Red Fox, a popular restaurant. But when he arrived, the other two men were not there. And then Hoffa disappeared.

It is said that the steel drum where they would have hidden his body, is buried about 4.5 meters deep, in the shadow of a highway. The new investigation is not surprising, by the way, as it follows several failed searches for Hoffa’s body over the years. In Michigan, where he was last seen leaving a restaurant, officers with backhoes have searched multiple locations, including a farm, a driveway and under a swimming pool.

In New Jersey, a popular urban legend said that Hoffa’s remains were buried under the old Giants stadium in the Meadowlands. The 2019 film “The Irishman” proposed another version of what could have happened: Hoffa had been shot and killed by his friend Frank Sheeran and his body cremated. That theory, put forward by Sheeran in a book before he died, was long ago dismissed by Hoffa scholars, who consider it unlikely.

Robert De Niro (L) and Martin Scorsese (R), lead actor and director of The Irishman who tells a large part of Hoffa’s story and a version of how he could have died AFP

The story of how the FBI found out about the new location begins on a humid summer day in 1975. A teenager named Frank Cappola worked in that neighborhood with his father. “While I was talking to my father, a black limousine entered the lot in the middle of the mud,” recalled Frank many years later, in 2019, at 62, in an affidavit before a notary public. His father turned to a colleague at the landfill and said: “They are here.”

The boy watched from afar as the men approached the vehicle, spoke to visitors, and seemed to point to a corner. Later he found out what was planned.

In 2008, when he was about to die, his father summoned him to tell him a story that he had not shared with anyone. He encouraged his son to reveal it when appropriate. The men in the limousine had come to inform the local authority that Hoffa’s body was to be delivered shortly and that they should bury him, he said.

“My father was upset with Mr. Moscato – the owner of the place – for pointing out that area of ​​the landfill,” wrote Frank Cappola in a 2019 affidavit, “because the landfill was constantly under police scrutiny.”

“Due to the awkward position of Hoffa’s body after it was removed from the container it had been in before, they were unable to place it feet first in a 200-liter steel drum. So they put it upside down, ”Cappola recounted. His father was left alone with the body in that barrel and was concerned that someone might have seen the men as they moved instead. He decided then to change his plans.

“My father, who did not trust anyone, decided to dig a second hole with a company excavator and place Hoffa there,” he wrote.

The new hole was in a desolate sector of unused public land, just outside the landfill, at a depth of between 2.5 and 4.5 meters, the father told his son. He first buried the barrel with Hoffa and then 15-30 drums of chemicals and chunks of brick and dirt on top. Then he covered the entire area with dirt. “He placed something detectable just below the surface of the grave, which I am willing to tell law enforcement,” wrote Frank Cappola. Paul Cappola told his son that he never disclosed the location to his partner or anyone else.

In an attempt to piece together all the leads, the FBI had reviewed the credit card receipts from the restaurant where Hoffa was meeting with Provenzano to locate potential witnesses. Some said they saw the truck driver union that afternoon in front of the premises, and then he got into the back of a car that drove away.

The agents interrogated union leaders and mafia bosses and henchmen. One of the possible outcomes of Hoffa’s disappearance stood out among many, with the seemingly unusual fate hundreds of miles away. right in New Jersey.

It also helped the testimony of a mobster who was in prison for murder, Ralph Picardo, closely linked to the entire organization. The offender became an informant and told the FBI in 1975 that Provenzano had told him as early as 1974 that Hoffa “was destined to be assassinated.” Shortly after Hoffa’s disappearance, Provenzano’s associates visited Picardo in jail and told him that the mob boss had organized Hoffa’s execution and that the body had been taken to New Jersey in a truck.

Provenzano died in 1988. Years later, in March 2020, Frank Coppola also died. Before, he left those data to journalist Dan Moldea who spread the revelation. So the FBI dispatched specialists with radars and located buried containers. It is not yet known what they contain.