Putin’s myth of the humiliated giant empire of Russia 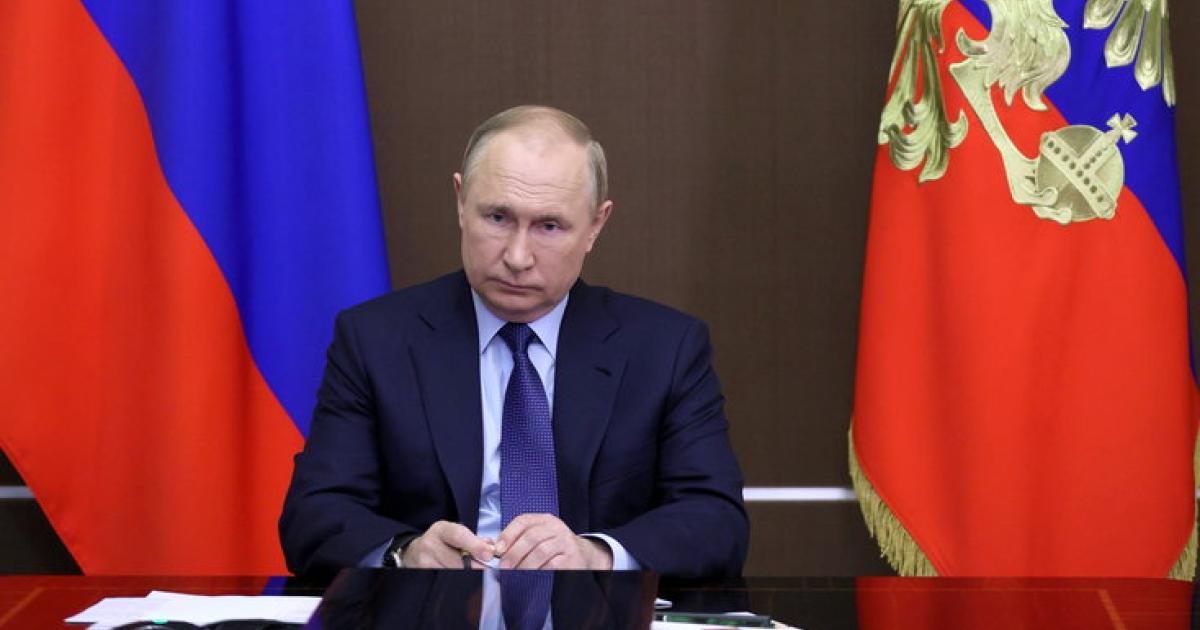 How Moscow stylized “NATO intrigues” as a reason for war, thereby unintentionally driving Ukraine into the arms of the West.

Anyone following state-controlled Russian television these days will realize that Moscow has been betrayed again. The 100,000 soldiers that the Kremlin has stationed on the Ukrainian border are a clear act of self-defense – because NATO and the entire West are in the process of stealing the “brother nation” from Russia. This is invoking what Putin has been telling his citizens for years and even teaching in the classroom: since the collapse of the USSR, the West has only ripped off Russia.

But is the story true that NATO promised never to expand into former Soviet Union territory?

“That’s a huge propaganda lie,” says Sergey Sumlenny, a Russian-born political scientist and former head of the Heinrich Böll Foundation in Kiev. “The legend of betrayed Russia has been around since the 1990s,” he says, adding that Boris Yeltsin also used it. But it is only about “Soviet revanchism”.

If you look at the facts, that becomes clear. Because the sentence that Putins always cites as proof that NATO does not want to accept any ex-Soviet republics as members was made in a completely different context than is now being portrayed: when US Secretary of State James Baker said in 1990 in the course of German reunification that it For the Soviet Union it was important that NATO “won’t expand just one inch to the east”, the entire Eastern bloc was not meant, “but the stationing of soldiers and weapons on the territory of the former GDR,” says Sumlenny. That was also recorded in writing – and we stick to it to this day.

The Sager has nevertheless become the mantra of Russian humiliation. It is of little use that Mikhail Gorbachev, who was the last President of the Soviet Union to accept German reunification and thus heralded the end of the USSR, later corrected this myth: The West never made a definitive promise, he said in an interview in 2014 .

But because his words carry little weight in Russia, the Kremlin can now boldly demand security guarantees from the West that are based precisely on this alleged humiliation. No NATO activities in Eastern Europe, no NATO membership for Ukraine, so the demand.

There is also a second ideological note in the undertone – namely that Russia already has a historical right of access to Ukraine. Even at the 2008 NATO summit, Putin loudly rumbled that “Ukraine is not a state” and that most of the territory was a gift from Russia anyway. This story has been heard incessantly ever since: since Putin summarily annexed Crimea in 2014, there has only been talk of the “one people” that Russians and Ukrainians are.

Sumlenny also calls this a “propaganda lie”. Putin uses an image that was always invoked in the days of the tsars and later in the USSR – that of the peace-loving, always morally acting empire that looks out for its people. It is not important that it did not do justice to this self-ascription in history: Russia has always behaved towards Kiev as a violent imperial power, tried to populate areas with Russians in the Tsarist era in order to create cultural unity.

The sad climax in the relationship between the two countries was the genocide known as the Holodomor in the 1930s: Stalin starved millions of people in western Ukraine to discipline rebellious peasants, but also to crush Ukrainian nationalism.

Almost 90 years later, the ideological fronts are still there. However, the striving for great power, which has become increasingly visible since the Crimean crisis in 2014, is not having the desired effect. If the annexation of Crimea was primarily intended to prevent Ukraine from turning to the West, the opposite has happened: “Putin has accelerated European integration,” says Sumlenny. Many Ukrainians have turned away from Russian towards Ukrainian as the national language; a shift that would have been unthinkable a few years ago. “The country is also significantly less dependent on Russia economically than it was ten years ago,” says Sumlenny. And Putin even provoked a rapprochement with NATO: “While only 20 percent of Ukrainians wanted to join then, today it’s 60 percent.”

And the myth of protective Russia harassed by the West no longer works either: “In polls in 2014, Ukrainians saw the United States as the greatest threat. Now it’s Russia itself.”